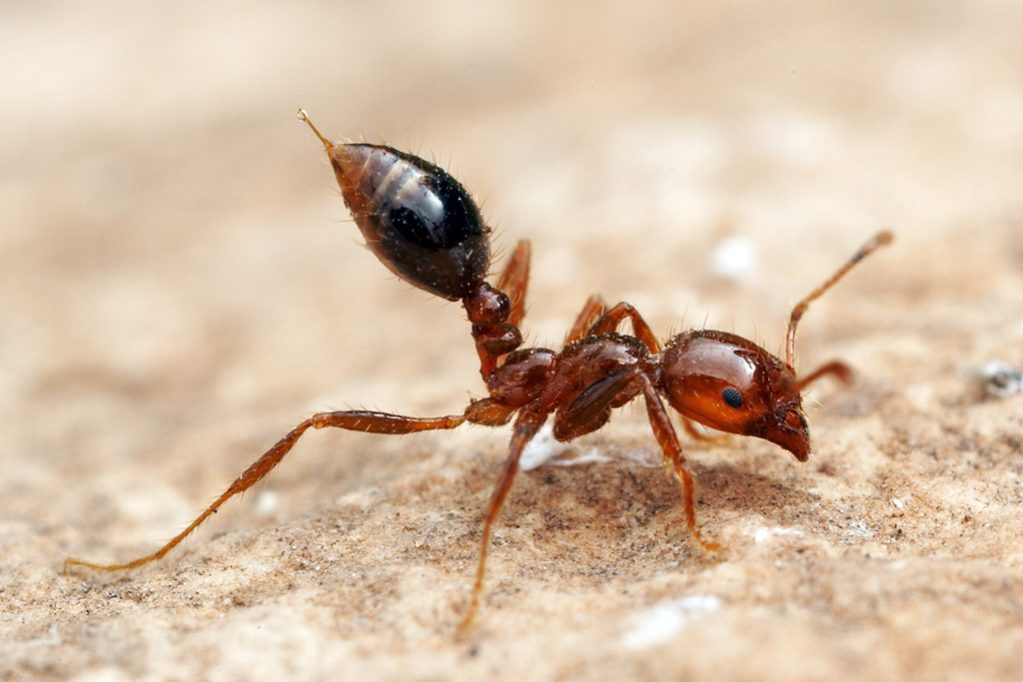 Fire ants are quickly becoming a serious problem in central and south-eastern parts of North Carolina. Invasive and aggressive, their venomous sting is dangerous to people and their pets.

ETM Lawncare staff are certified by Bayer Environmental Science to apply Top Choice, a cutting-edge fire ant control. In a single application we can protect your property for an entire year.

Fire ants are most active when the temperature is cool and when the ground is moist. In hot, dry weather applications made to turf will be “warehoused” until the ants begin to actively build mounds and forage on the surface. Irrigation or rainfall will bring ants to the surface where they will come into contact with the active ingredient.

TopChoice kills existing colonies of fire ants and prevents new colonies from establishing for up to one year. After its initial release into the soil profile, TopChoice binds tightly to the soil creating a lasting barrier that’s not affected by heavy rainfall. Because it acts gradually, TopChoice kills foraging workers, but not before they carry the insecticide back to the colony and spread it to the queens and other ants.

The unique active ingredient in TopChoice, Fipronil, acts at the GABA receptors of insects, “switching off” nerve impulses and causing severe disruption of the insect’s nervous system. Besides providing effective control of fire ants, TopChoice also controls mole crickets for four months, nuisance ants for three months, and fleas and ticks for one month.

TopChoice is selectively toxic to insects and optimum control is achieved with extremely low dose rates. Because of its selective effects, there are no concerns about family or pets when TopChoice is applied by a professional.